a celebration - of protest and dissent

«[...] he outstripped the previous Olympic host city by flaunting what the Chinese actively suppressed.

This was pageantry as jiu-jitsu. While Britain's coalition government weighs further cuts to its government-run health-care system, Boyle went out of his way to honor the National Health Service, with real NHS employees as nurses capering on hospital beds.

The show also included a nod to the early-20th-century suffragette Emmeline Pankhurst and the Jarrow Marchers, who in 1936 walked more than 300 miles from County Durham to London to protest hunger and joblessness. When Boyle made a point of inviting their descendants to the proceedings, he also made a point to us.

With The Queen in the house, we heard music from the Sex Pistols, the same band whose God Save the Queen was banned by the BBC. Boyle meant for us to take to heart that line from The Tempest, read early in the evening by Kenneth Branagh: "Be not afeard: the isle is full of noises." 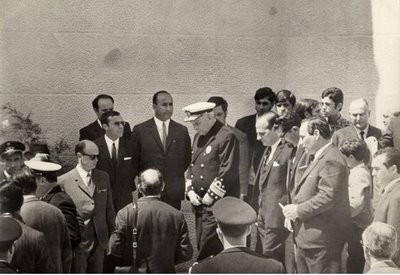 As convicções ficaram no elevador